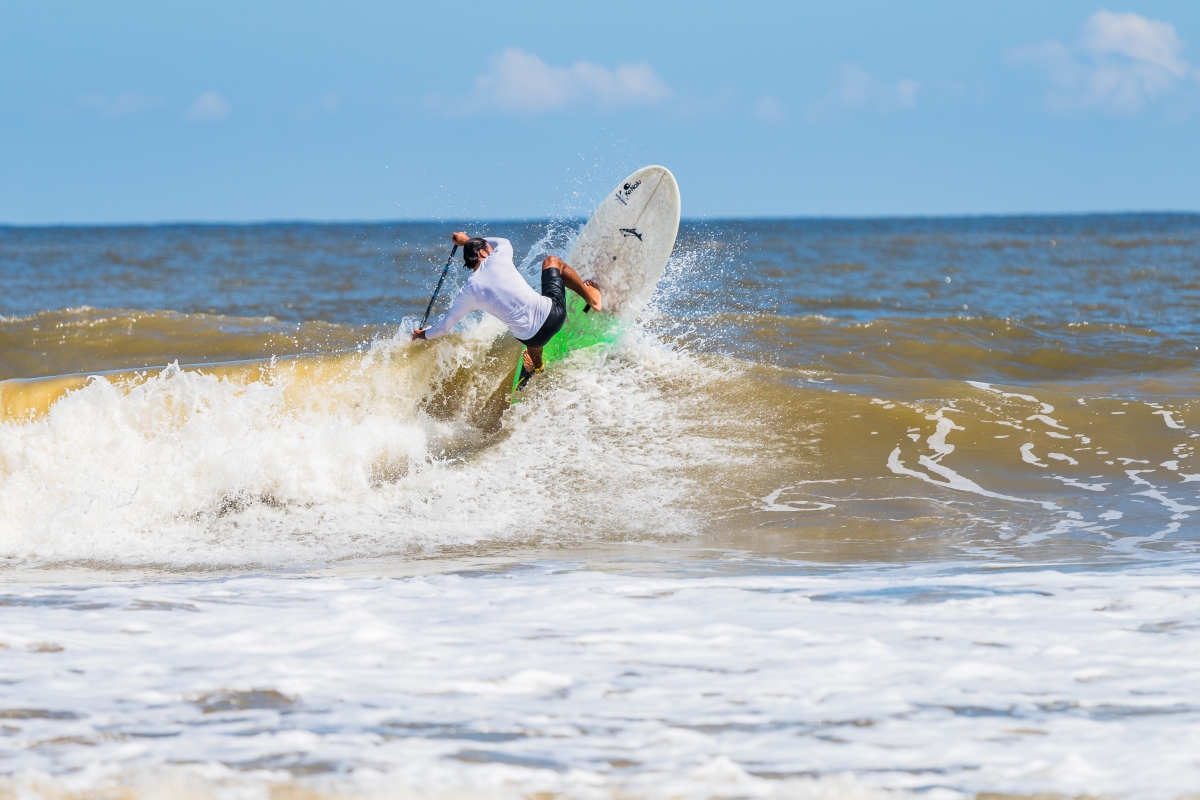 If you follow any SUP social media pages you might have stumbled upon the profile of JASON LATHAM or more commonly known as Jlay. He is a SUP surfer that absolutely SHREDS but manages to still have a day job and chase his dreams of SUP WORLD TOUR championships. The 29 year old is currently based out of Brunswick, Georgia- proving it doesn’t matter where you are + if you can shred people will notice. I first noticed him when I was watching the APP SUP tour on Oahu. He was a little bit older than the guys I was used to watching and I had just never heard about him honestly but when I asked around I heard nothing but good things. And I saw him turn a small day at sunset into an entertaining day on the waves.

I AM CHOOSING HIM AS THIS YEARS SILENT KILLER for the SUP SURF division (calling it now lol).

Jason is the first Pro SUP surfer from the state of Georgia and is also the first PRO to come from American Samoa which is a crazy accomplishment in itself. Jason didn’t start SUP until 2013 and says “SUP feels different-its natural for me. Better perspective/ easier access to breaks. With SUP its pioneering something new while exercising body-mind-soul.” Jason proves a few points that I constantly preach: SUP where you can and Don’t listen to the people around you-FOLLOW your plan.

I asked him what his favorite boards were and he has a SOLID quiver of JIMMY LEWIS SUPS that range from SMALL wave catchers to PERFORMANCE sleds that you can Check out on their website for more info I will list the boards so maybe you can get radical like Jlay does. (7’7 StunGun-7’5 Super Tech- 6’11 Super Frank)

He had some solid advice for his fellow paddlers: “If you truly want to get better, just go out no matter what the conditions are. Rain, shine, choppy or glassy. “A smooth sea never made a good sailor” Same applies to paddling.”

If I had to sum him up HUMBLE-HARDWORKING- POSITIVE.

.If you aren’t already ADD JASON LATHAM to your watchlist for 2018 in the SUP SURF Division. Follow him on SOCIAL MEDIA.

4 thoughts on “PADDLERS to WATCH”